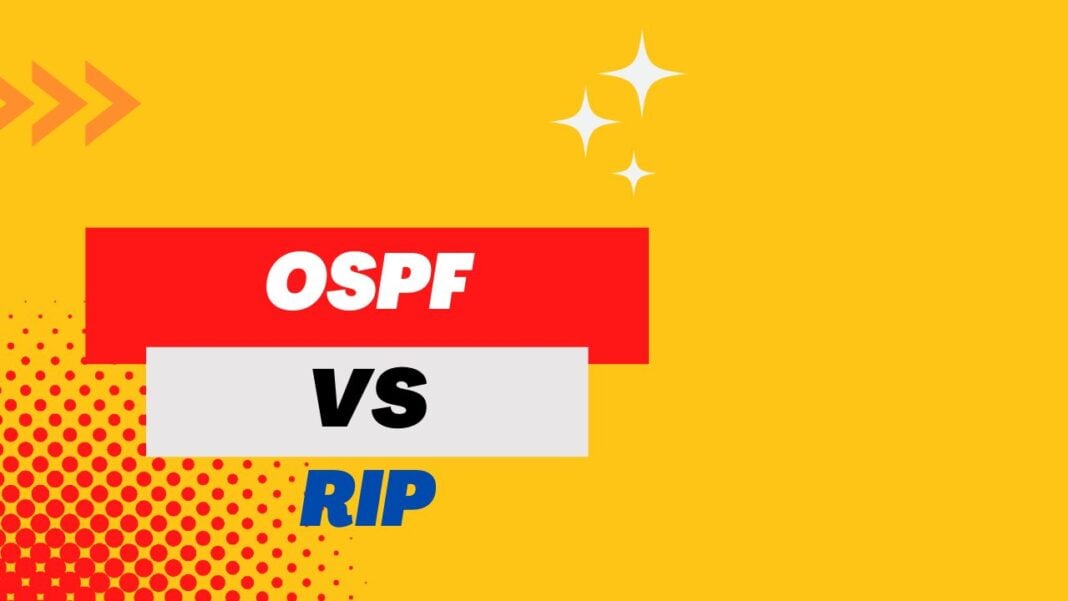 In this post, we compare OSPF vs RIP. OSPF (Open Shortest Path First) and RIP (Routing Information Protocol) are two popular routing protocols used in computer networks. Both protocols are used to determine the best path for data to travel from one network to another, but they differ in several key ways. RIP stands for Routing Information Protocol, and it has three versions: RIPv1, RIPv2, and RIPng. This guide compares OSPF to RIPv1 and RIPv2.

OSPF is a link-state routing protocol, which means that it creates and maintains a map of the entire network and uses this information to calculate the shortest path for each destination. This allows OSPF to be highly efficient in making data traffic flows fast because it favors high bandwidth paths over low bandwidth ones. Additionally, OSPF supports load balancing between equal-cost paths to a destination, which can provide redundancy and increase network reliability.

RIP, on the other hand, is a distance-vector routing protocol, it uses hop count as a metric to determine the best path. This makes RIP favors paths with a low hop count over fast paths with a high hop count. Therefore, RIP may decrease network traffic speed on the network, unlike OSPF. Additionally, RIP supports equal-metric load balancing, which can make it reliable like OSPF.

How Does RIP Work?

The RIP protocol does not require knowing the topology of the network. When RIP is enabled, the router starts sending routing updates periodically out of all RIP-enabled interfaces. It does not care how those updates get interpreted by the receiving peers.

RIP is connectionless oriented and uses UDP port 520 as its transport protocol. By default, RIP updates get sent to multicast IP address 224.0.0.9, as shown in the following example. They can also be configured to get sent to particular unicast IP addresses, which help prevent them from getting received by unauthorized/unwanted network devices.

A RIP update contains information about the router’s connected networks and IP prefixes received from other routers. Besides, the router associates each route in the update with a metric of 1 plus the route’s local metric.

In order to prevent routing loops, RIP does not include IP prefixes, received over a particular interface, in the updates sent out that same interface. This feature is called split horizon. The main function of the split horizon feature is denying the router from sending routing information about a network/subnet back in the direction from which the information was received.

RIP uses hop count as a metric to determine the best path to a particular network/subnet. Hop count is the number of routers that IP packets traverse to reach a destination network. RIP protocol uses a maximum hop count of 15, which means that valid metrics for RIP routes are between 0 and 15. If RIP receives a route to a network with more than 15 hops (16 hops and above), RIP considers that network to be unreachable, and won’t process the route. Moreover, limiting the hop count helps avoid routing loops.

In this network diagram, R1 would favorite the 10Mbps link to reach subnet 10.0.2.0/24 instead of using router R3 as a next-hop router even though the path to that subnet through R3 is faster than the link connecting R1 to R2. This is one dis-advantages of using RIP. RIP is not smart enough to route traffic efficiently.

When a router receives a RIP update, RIP uses this information to update its routing database, which is a table that consists of the best route to each known network.

How Does OSPF Work?

In a RIP routing domain, routers exchange the best routes in their RIP databases along with their associated metric values.

A link-state protocol such as OSPF does not operate in the same manner as RIP. In general, routers, in an OSPF autonomous system, build full network views of the areas they belong to in order to compute the best/shortest path(s) to each subnet/network and determine the associated next-hop address.

When equal-cost shortest paths to a network destination exist, OSPF keeps track of the associated next-hop addresses and implements equal load balancing across them. Therefore, IP packets get sent over those paths equally.

Within each OSPF area,

OSPF operation consists of three main steps in order to determine the best path and set the next-hop address for every IP prefix in the network.

First, routers connected to the same data link (they can send and receive Layer 2 frames from each other) try to locate each other, then negotiate certain parameters to become neighbors.

Second, OSPF neighbors that reach the 2-Way neighbor state choose whether they establish an OSPF adjacency; if they decide to build it, then they share information in their LSDBs (Link State Databases), along with data about their shared area such as router IDs, OSPF neighbors, router interface data (IP address, subnet IP address and mask, OSPF network type), and more.

Each OSPF router may communicate network information received from other OSPF neighbors in the current OSPF domain. Finally, data about external subnets (subnets in other autonomous systems) gets transmitted from one router to another without restrictions.

Third, using the gathered routing information, each router creates a graph for the OSPF routing domain, and runs the SPF (Shortest Path First) algorithm against that graph to determine the best routes for all known destinations.

The SPF algorithm gets executed every time the cost of the network link gets modified. If a new link gets added or deleted, it may be enough to run the SPF algorithm of a portion of the SPF tree (SPT). The SPF tree is a portion of the graph of the routing domain, and it consists of the links used to carry IP packets after calculating the shortest path to each destination.

Note that a graph is a data structure/format that consists of a set of connected nodes. OSPF uses graphs to model/simulate network topologies.

Finally, here are some features of OSPF:

Network convergence is the process of updating the routing information of the network after a change occurs, such as the addition, modification, or removal of a link or routing device.

The goal of network convergence is to ensure that all routing devices in the network have consistent and up-to-date RIBs (Routing Information Bases) so that IP packets can be forwarded to their intended destinations. Each routing protocol uses its own RIB, which is a table used to store the routing protocol’s best routes to all knowns network destinations.

Additionally, OSPF handles flapping links better than RIP. OSPF uses SPF and LSA throttling to decrease the impact of flapping links on network convergence and ensure the stability of the network.

On the other hand, RIP can take a couple of minutes to converge, and it is known for slow convergence even though RIP networks include few routers. For example, to flush an existing route takes longer due to the hold-down timer, which prohibits RIP from learning new routing information about a failed route until the timer expires. However, RIP uses triggered updates when the route changes and needs to be advertised, and thus this feature speeds up RIP’s convergence.

In terms of scalability, OSPF is considered to be more scalable and robust than RIP. OSPF can manage routing domains with a large number of routers than RIP. Moreover, OSPF supports hierarchical routing by dividing autonomous systems into separate areas, and this allows for more painless management of large routing domains and well-optimized network resources used to exchange and manage routing information. 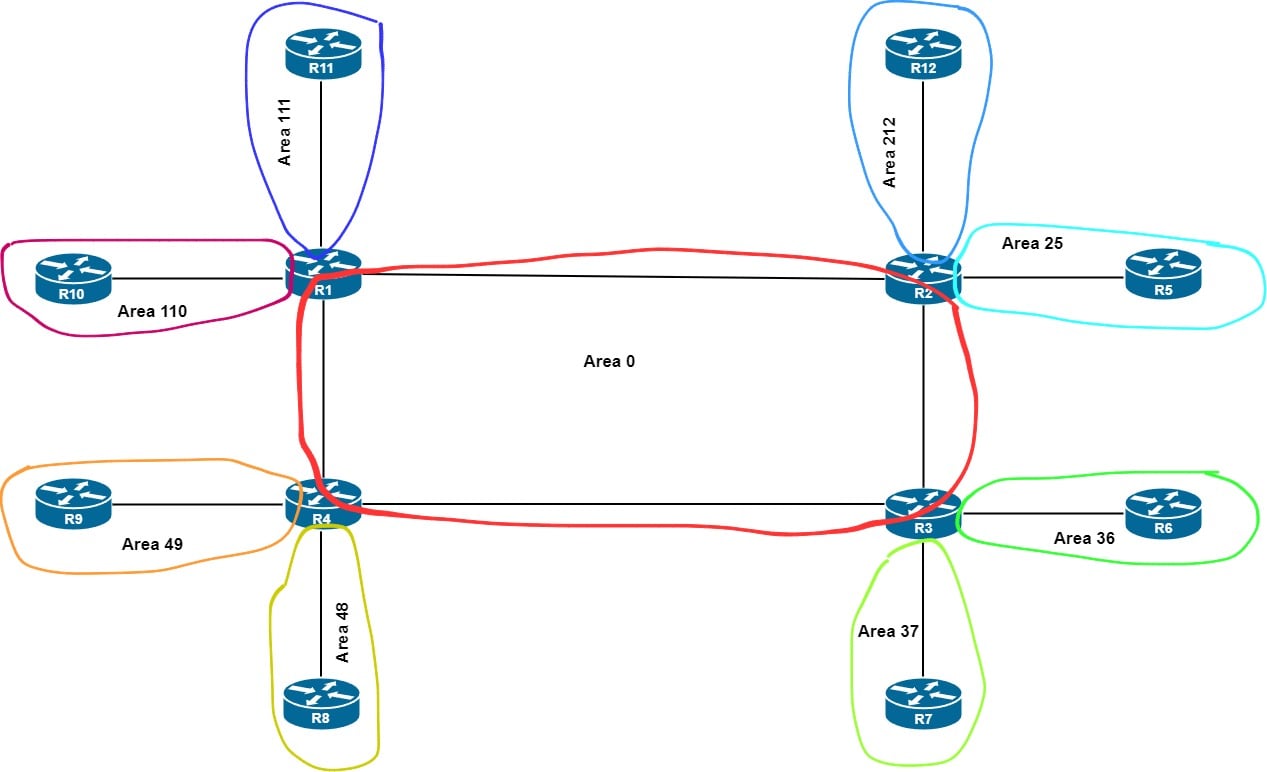 Finally, although RIP cannot be used on large networks because its metric cannot exceed 15, it is easier to implement and set up than OSPF, which requires more design work and some tuning to optimize it. Therefore, RIP is considered a good choice for smaller networks.

From a security perspective, both OSPF and RIPv2 support clear text and MD5 packet authentication, which prevents unauthorized routers from joining the network, while RIPv1 does not allow routing packet authentication. However, OSPF is more secure than RIP because OSPF supports HMAC-SHA authentication and uses a more robust packet format, which makes it harder to tamper with OSPF packets, unlike RIP which may get easily attacked.

OSPF vs. RIP: Which is Better?

OSPF and RIP are both routing protocols used to determine the best path to networks inside and outside routing domains. OSPF is considered to be more efficient, scalable, and secure than RIP. However, RIP is simpler to configure and maintain and is a good choice for small-size networks and routing devices with limited resources. The choice between OSPF and RIP depends on the specific needs of the network and the level of expertise of the network administrator. 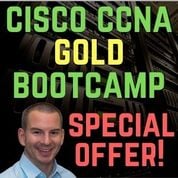 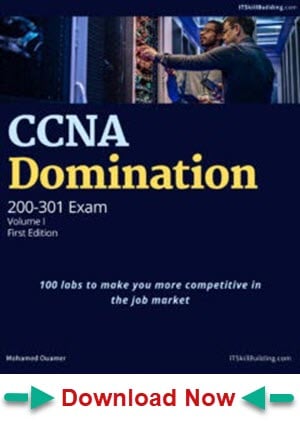